The meeting started at about 03:00 pm with the Skype link shared in the WhatsApp group. Following members were present in the said meeting.

COM. AKHIL SONI, PRESIDENT, presided over the meeting. At the outset, he read out the agenda of the meeting which are as follows:

Then he requested the Secretary General to speak.

COM. ANUBHUTI CHATTERJEE, SECRETARY GENERAL, told that perhaps this is the first meeting on electronic media in the history of the AIB and thereby this Committee has created history. He congratulated Com. Chirantan Roy for organising the meeting in SKYPE.

He apprised other members that it has been learnt from reliable sources that some officials in the Board are pondering over the re opening of ICT. For that, on behalf of AIB, a concrete suggestions/ road map need to be sent to BOARD immediately. Then he requested each member to share their views on the draft working paper on ICT as well as on the proposal on the draft Committee.

Thereafter, Com Chirantan Roy prompted the names of the AIB members one by one.

2) The draft proposal for formation of various Committees prepared by the President is very good.

3) Letter should be written to BOARD immediately for latest updates on Cadre Restructuring and for inclusion of AIB members to CR Committee.

COM. ALOK SHUKLA: – 1) Congratulated Chirantan for paper on ICT and the President for the draft Committee.

2) Requested to take up the issue of Kolkata zone.

3) Reiterated for implementation of Base Cadre Seniority.

COM. SAMIRAN GOSWAMI: – 1) Congratulated Chirantan for paper on ICT and for organising the meeting through SKYPE. Also congratulated President for proposal on draft Committee and Twitter Campaign.

2) On ICT matter BOARD is very adamant and is not paying heed to us. So the ICT aspirants should forgo their seniority for seeking ICT.

3) The proposal on draft Committee is very good and we all should work upon it.

4) We should immediately write letter to BOARD for latest updates on Cadre Restructuring and for inclusion of AIB members to the CR COMMITTEE.

5) Letter should be written by the AIB to BOARD for promotion issue in West Bengal where promotion order has not been issued since 2017.

6) Base Cadre Seniority should be implemented by BOARD for mitigating zonal disparities.

COM. CHANDAN KUMAR SINGH: – 1) Has not gone through the ICT paper, so he could not comment upon that.

2) Draft Committee proposal is very good and we should work upon it.

3) Intervention of AIB is very urgent on the promotion issue in West Bengal.

4) AIB MEMBERS must be present in the CR COMMITTEE.

COM. MANOJ KUMAR YADAV: – 1) Has not gone through the ICT paper and proposal for draft Committee. So he could not comment upon that. But requested SG to send both the documents to his mail.

3) Only probation period should be forgone in respect of seniority for the ICT aspirants.

2) Without loosing seniority, re opening of ICT is quite impossible. So the ICT aspirants should forgo their seniority for seeking ICT.

3) The proposal for draft Committee is very good.

4) He also raised the issue of Cadre Restructuring.

COM. SEKHAR SUMAN: – 1) Congratulated Chirantan for the ICT PAPER and endorsed the same.

COM. TUSHAR KUMAR: – 1) Will be able to comment on the ICT PAPER only after discussion in his local body.

2) Raised the issue of abnormal ratio of sanctioned strength and working strength which needs to be taken care of for smooth functioning of office work.

COM. GOPINATH N. P.: – 1) Twitter Campaign is very successful and congratulated those who are behind this programme.

2) Preparation of ICT PAPER is appreciated.

3) In the Working Paper on ICT, suggested to mention the clarification before the Circular. Because it’s very well clarified the purpose for preparing the ICT Circular by the Association.

4) The Meeting should pass the formation of the Sub-Committees without delay.

COM. CHIRANTAN ROY: – 1) Working Paper on ICT has been prepared on the basis of various Circulars, official inputs and prevalent policies.

2) Elaborated very nicely the nitty gritties of the Working Paper on ICT.

3) Cleared the doubts raised by some AIB members on Working Paper on ICT.

5) Apart from ICT, other issues need to be addressed as well.

COM. AKHIL SONI: – 1) We should send the ICT formulation paper to BOARD without delay.

2) We should finalize the proposal for various Committees as soon as possible.

3) Five time bound promotions for all entry grade Cadre is a necessity. Because apart from inspectors, other cadres are also suffering for their promotional avenues.

4) Requested SG to wind up the meeting.

COM. ANUBHUTI CHATTERJEE:- Concluded the meeting by uttering the following –

1)        Two letters will be written to BOARD. One letter on Cadre Restructuring and another on promotion issue in West Bengal.

3)        Meeting will again be arranged like this through SKYPE considering the present situation.

4)        Working Paper on ICT will be submitted to BOARD very shortly.

5)        Each and every Committee should perform by talking AIB into confidence and after discussion, consultation with the AIB.

The meeting ended with a vote of thanks to the chair. 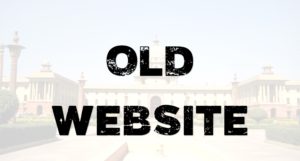